If you love Jazz, you’re in the right place! 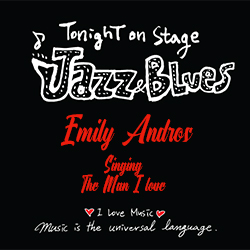 The Man I Love

by Emily Andros | I love Jazz!

Listen to my latest recording – “The Man I Love” – here’s a little history of the song as well, thanks to Wikipedia:

“The Man I Love” is a popular standard with music by George Gershwin and lyrics by his brother Ira. Part of the 1924 score for the Gershwin government satire Lady, Be Good as “The Girl I Love”, the song was deleted from the show and from both the 1927 anti-war satire Strike Up the Band (where it first appeared as “The Man I Love”) and 1928 Ziegfeld hit Rosalie after tryouts.[1] 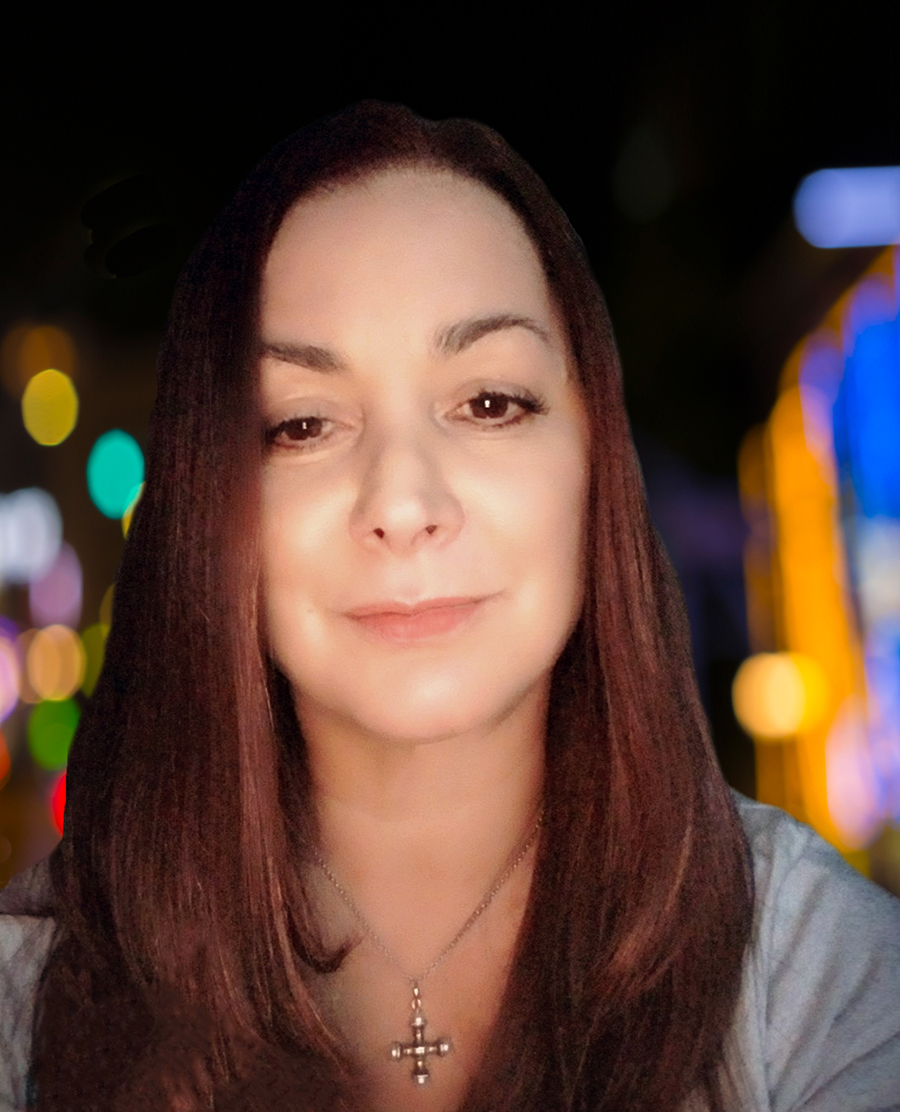 Hi I’m Emily – I’ve loved Jazz for forever….and totally appreiate it if you want to listen to me or some of my favorite music. You can listen here or go to YouTube or ReverbNation or SoundCloud.

Listen to my latest releases here

Emily J Andros at All About Jazz

by Vocals by Emily Andros

“Mon Homme” (French pronunciation: ​[mɔ.n‿ɔm]) is a popular song also known by its English translation, “My Man“. The song was originally composed by Maurice Yvain with French lyrics by Jacques-Charles (Jacques Mardochée Charles) and Albert Willemetz. The English lyrics were written by Channing Pollock. 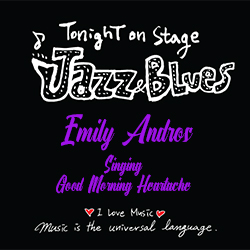 by Emily Andros | I love Jazz!

“Good Morning Heartache” was written by Irene Higgenbotham, Dan Fisher, and Ervin Drake for vocalist Billie Holiday, who first recorded it on January 22, 1946. It soon became one of her signature tunes. Its lyrics were written by Drake, whose rose to fame by writing English lyrics for such Spanish melodies as “Tico-Tico” and “The Rickety Rickshaw Man.” The music was composed by Higgenbotham and Fisher. It is worth mentioning that although almost 50 songs were registered with the American Society of Composers, Authors and Publishers (ASCAP) under her name, little is known about Higgenbotham, and she is often confused with Irene Wilson, who also wrote songs for Holiday and was the former wife of Swing Era pianist Teddy Wilson. (thanks to Jazz Izziz Magazine.

Plus a little Blues

I Can't Make You Love Me

by Vocals by Emily Andros

And even though it’s never been regarded as a country song, “I Can’t Make You Love Me” was written by Nashville writers Mike Reid and Allen Shamblin, who were, and still are, well-noted for their successes in the country arena.

More to come soon – please send me your contact info that I PROMISE I won’t spam the living daylights out of so I can send you a notice when I record more songs.  Thank you for visiting my site!   Emily

Jazz is a music genre that originated in the African-American communities of New Orleans, United States.[1] It originated in the late 19th and early 20th centuries, and developed from roots in blues and ragtime.[2] Jazz is seen by many as “America’s classical music”.[3] Since the 1920s Jazz Age, jazz has become recognized as a major form of musical expression. It then emerged in the form of independent traditional and popular musical styles, all linked by the common bonds of African-American and European-American musical parentage with a performance orientation.[4] Jazz is characterized by swing and blue notes, call and response vocals, polyrhythms and improvisation. Jazz has roots in West African cultural and musical expression, and in African-American music traditions including blues and ragtime, as well as European military band music.[5] Intellectuals around the world have hailed jazz as “one of America’s original art forms”.[6]

Listen to our songs,

I’ve only recorderd a few jazz songs and one blues song but I think they are worth listening too!  Please check them out here:

Feel free to check out my music on Reverb Nation too.

Emily J Andros at All About Jazz

A little something about Jazz! 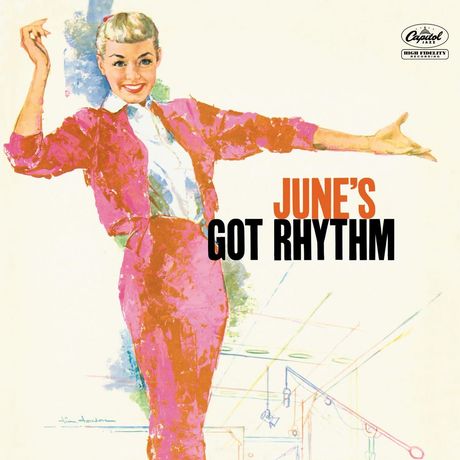 Songstress of the Month

June Christy (born Shirley Luster; November 20, 1925 – June 21, 1990)[1] was an American singer, known for her work in the cool jazz genre and for her silky smooth vocals. Her success as a singer began with The Stan Kenton Orchestra. She pursued a solo career from 1954 and is best known for her debut album Something Cool. After her death, she was hailed as “one of the finest and most neglected singers of her time.”[2]

Or listen to her here

OK I admit it, I don’t know diddely squat about Jazz in Miami but if you know anything about where to go, clubs, open Jazz mic, people to jam with, etc please feel free to send me the info here below and I will post it!  Thanks Emily